A Brief History of the Photo Booth – CuratorLive

Every DJ Needs a Photo Booth

A Brief History of the Photo Booth

For almost a century, people have used photo booths to simultaneously live in the moment and capture it. And while the hairstyles and clothes props have changed, the smiles and smirks remain the same. 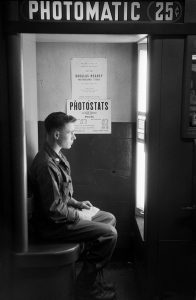 It all started in 1925 when a Siberian immigrant named Anatol Josepho unveiled the world’s first fully-automatic photographic machine on Broadway and 51st near Times Square. He crowned his invention the Photomaton, costing him $11,000 to make. People wound all the way around the block waiting for hours at the chance to have their likeness captured. Even though the original concept for a photo booth came about during the Belle Epoque at the 1889 World’s Fair in Paris, it was Anatol who was able to produce a self-sufficient machine printing high-quality images. It was such a success that Jospeho received $1 million – around $14 million in today’s money – plus future royalties for his invention.

Photomatons soon began to pop-up across the country. A Photomaton concession placed next to the Strand Theatre on Broadway in 1932 was so successful it kept the owner’s extended family employed throughout the Great Depression. At the cost of a quarter you would receive a strip of eight images – of you, a loved one, you and a loved one – in a process that took roughly 8 minutes.

The Rise of the Photo Booth

Over the next few decades, artists, actors, Presidents and citizens alike flocked to photo booths to have their pictures taken. 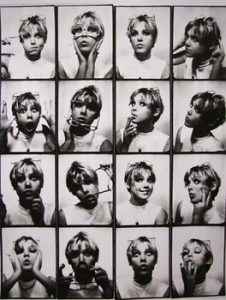 Soon after its commercialization, pioneering surrealist artists & writers began using the photo booth as a medium for their artistry. Andre Breton, Salvador Dali, Luis Bunuel, Max Ernst and others produced a series of self-portraits depicting their eyes closed as if lost in a dream. The 1953 film The Band Wagon features actor Fred Astaire dancing into a booth and posing in time with the music for a photo before dancing out. In the 1960s, Andy Warhol used the photo booth heavily to create his series of photomechanical portraits. He would stand outside photo booths for hours issuing rolls of quarters to his muses directing them into his desired posses.

Whether used for amusement or art, the popularity of the photo booth continued to increase throughout the 20th century. Floodlights were replaced with strobes and black & white inks replaced with color. In the mid-1990’s, Photo-Me released the digital, color photo booth into production. Yet, people still love the old black & white chemical booths – when you can find them. True vintage photo booths are difficult to come by. Spare parts and the specially treated paper have been disconnected making them collector’s items. But if you’re ever in NYC, you can still find an authentic booth or two hiding in the corners of hotels, shops and restaurants – back where it all began.

In January of 2017, we launched Curator. Our goal? To provide photo boothers and event marketers with an automated, digital photo booth solution. One that captures the heart and soul of the photo booth experience while bringing it into the 21st century with gifs, boomerangs, digital props and Magic. Call 1-800-708-0247 to talk with a Curator consultant and learn how you can bring a little piece of wholesome Americana to the masses. 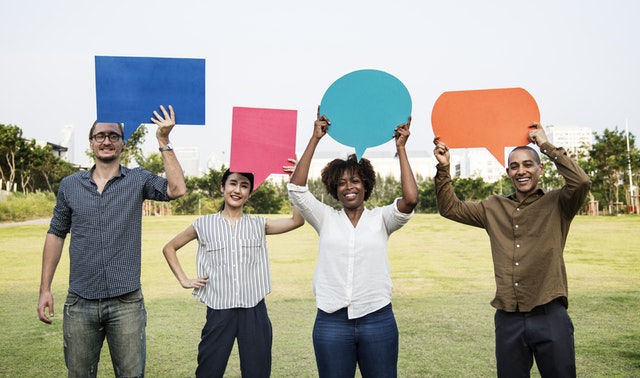